Outbreaks of Legionnaire’s disease have surged in New York, Illinois, and in California in the summer of 2015 in the US. The cases in New York City led to the requirements for all cooling towers to be registered, tested, cleaned and inspected annually. Legionella species, especially Legionella pneumophila, is the bug notorious for cases from these water storage facilities.

Background
Legionella pneumophila acquired its fame through a 1976 American Legion conference for US military veterans, when many attendees came down with pneumonia (pneumophila = “lung-loving”). In nature, they are found in soil or as parasites of fresh-water amoebas. In fact, many of the virulent traits are results from their environment in nature. Sometimes, they team up with other bacteria, algae, and protozoa to form “biofilms”–a lump of trouble protected by complex slime that is hard to remove. In humans, Legionella causes both Legionnaire’s disease (pneumonic) and a milder Pontiac fever (non-pneumonic). Both diseases can be generalized as legionellosis. Due to a lack of uniform surveillance (and Pontiac fever is usually missed), the exact incidence of legionellosis is unknown worldwide.

Transmission
In most instances, Legionella travels via contaminated aerosols. In hospitals, transmission can occur through wound infections (remember that Legionella is present in soil and water). In human habitats, they live in water storage facilities with subpar maintenance–from industrial sites, shopping centers, hotels, hot tubs, to hospitals. Depending on the environment and human habits, the disease can occur as sporadic outbreaks or in low numbers over a long period. There is no evidence of human-to-human transmission.

Mode of Attack
As mentioned previously, Legionella are often parasites of amoebas, which are single-celled organisms with pseudopods used to feed and move. Essentially, they are one of many amorphous blobs in water that swim around and eat things. In a human body, macrophages share the most resemblance to amoebas. After all, macrophage translates to “big eaters” in Greek according to Wikipedia. I think of them as Pac-man, except instead of yellow pellets they ingest foreign pathogens and dead particles. When a macrophage ingests whatever it finds (in this case, bacteria), the pathogen becomes trapped in a compartment called the “phagosome”. Usually, phagosome will combine with “lysosome”, a separate compartment with enzymes to digest and kill the pathogen–like a stomach pouch with digestive enzymes and acid secreting cells.

Pontiac fever affects 95% of those exposed, but the disease is generally thought to be self-limiting and does not involve pneumonia. Most symptoms will appear within 1-2 days, and will usually be resolved by 2-5 days and is not usually fatal. Symptoms include high fevers, chills, diarrhea, headache, and other flu-like symptoms. Treatment is focused on relieving symptoms. Its name originated from an outbreak at the Oakland County Health Department in Pontiac, Michigan in July 1968.

Legionnaire’s disease, on the contrary, only manifests as a disease in 0.1-5% of the population and 0.4-14% in immunocompromised patients. The incubation period is 2-10 days, and the duration can be weeks. While lacking a signature symptom, it is usually associated with initial malaise and anorexia. Following after, some will develop cough with or without sputum (and with or without blood). Chest pain and gastrointestinal distress are possible symptoms. Almost half of affected people will suffer neurological issues, presented as delirium, disorientation, and tremors. Fever with chills is present in almost all cases. If left untreated, the disease can progress to respiratory failure, shock, renal and multi-organ failures, and can be fatal in 40-80% of cases. Treatment includes antibiotics based on severity of pneumonia and other risk factors.

Prevention
The most important prevention lies within the maintenance of water systems and access to clean water. Legionella cannot survive at water temperatures 70℃ and greater, and cannot reproduce at temperatures below 20℃-25℃. Other forms of disinfectants include various forms of chlorine, hydrogen peroxides, copper/silver ionization, anodic oxidation, UV penetration, filters, and biocides.

Bacteria still rouse an “ick” factor among many people. Each day we assault them before and after our bathroom trips, during showers, by using hand…

A few years ago, I was able to shed 50 pounds safely by making the commitment to dramatically change my diet and behaviors. Today, I…

November is Stomach/Gastric Cancer Awareness month. The stomach is responsible for receiving and digesting bolus (chewed foods)–essentially preparing the foods for nutrient absorption in the…

A great deal of media attention is currently being devoted to Ebola, the virus that is running rampant in West Africa in what is said…

How we use funds 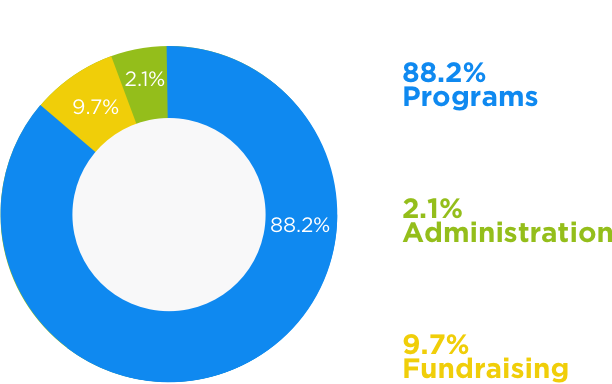 Human Health Project is a Northern Ireland (UK) registered charity and a tax exempt 501(c)(3) Public Charity in the US.